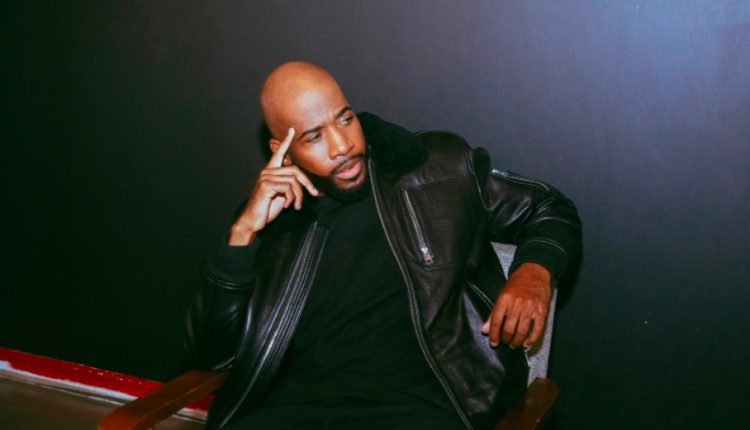 Édouard Kersley Guillaume, better known as Eddie G., is a writer, actor, producer, hip-hop performer, and music producer. He launched his debut album Law of Attraction, under the name “Erupt” in 2019. His recurring role on the new NBC smash “Transplant” (2020) helped make it the most-watched Canadian series premiere ever and the most-watched in its time slot ever.

Édouard Kersley Guillaume (Eddie G) was born in Ottawa, Ontario, Canada, on November 14, 1983. His mother is a Registered Nurse, and his father is an Elementary School Teacher. Eddie graduated from high school and immediately enrolled in the Print Media program at Algonquin College, where he also took some theater lessons on the side. Meanwhile, he signed on with a talent agent and began appearing in TV and movies.

Eddie is a multidisciplinary artist that has worked in the entertainment and music industries for over a decade. The native of Ottawa has established a successful career in the United States, appearing on a wide variety of American television channels (including CTV, Investigation Discovery, Crave, Lifetimes, NBC, CBC, BET, Hallmark, Bravo, Freeform, and others).

Currently, he plays the lead role of Lou in the popular Canadian procedural drama Transplant, which has been picked up by NBC.

Eddie said that both Denzel Washington and Will Smith were major influences on his work. The more he watched them, the more he saw himself in them. Eddie was further motivated to achieve his objective by their exemplary performance in such roles. He was motivated by the difficulty of making it out of his hometown, a small city outside of Ottawa, Canada, where opportunities were scarce.

Eddie G. Spill the Beans on his Remarkable Acting Skills

Eddie reveals that he always tries to put himself in the shoes of the writer when he demonstrates his remarkable acting abilities. As a writer, it is easy to go beyond the script, see the situation, and attempt to comprehend what might make each scene unique. Eddie is excited to test the waters and try out new genres and roles in the near future.

Transplant is not an ordinary medical drama. What truly drew Eddie in was the cast’s diversity and the range of issues discussed; he also appreciated that the show’s principal character is not white. Eddie appreciates the significance of the free discussion on race that exists today.

He plays Lou, a York Memorial security guard who is secretly seeing one of the hospital’s doctors. That’s where things really start to heat up. Actress Ayisha Issa plays his girlfriend, Dr. June Curtis. The chemistry between a security guard and a surgeon is intriguing to observe.

Eddie tells Pop Culturalist that he had a wonderful time working with Ayisha and that the two quickly became close friends.

He further explained that his interest in this venture was piqued by the idea that he would be venturing into an uncharted area. Never having attempted a medical drama before, he gladly welcomed the challenge. Eddie was thrilled to find out that he would be featured prominently in the majority of the episodes.

Eddie had never understood the fuss surrounding medical dramas; therefore, he was fascinated by them. However, now that Eddie has had this experience, he is happy he did since he now respects and is interested in medical shows and hospitals in general.

Eddie has said that he recognizes aspects of himself in his character Lou. As the season goes on, more and more of his background is revealed. As we get to know him and his lover, Dr. June Curtis, we begin to see how his priorities differ from hers.

Eddie believes that people relate to stories because they can see themselves as protagonist or antagonist. The linguistic and cultural diversity and the inherent weirdness of people. It represents real people from the real world because that is exactly what it is: diverse.

Eddie G. as A Hip-Hop Artist: What Made Eddie Produce Law of Attraction?

In an interview with Black Girl Nerds, Eddie shared details about his album Law of Attraction. He said that the album’s title—“the law of attraction”—was its true source of inspiration. Eddie claims he had no intention of continuing his musical career. Law of attraction is an important part of his life. Eddie has been fascinated by the law of attraction since he was a kid. He was certain that repeating a dream or vision aloud would make it come true. It’s not only that he’s aware of it and considering it; he’s also taking steps toward it, which makes it seem like he’s pushing himself to get there. Before anyone knows it, he’s there.

“There’s a song called ‘Black Hollywood’ on that album where I am talking about the grind of acting. That song is specifically about the come up in acting. I’m sure anybody could relate to it. You don’t have to be an actor to relate to that song. What inspired me to make the album is the law of attraction. I felt like I needed to share that with everybody because I do think we all need to apply in a way the law of attraction in our lives to get where we need to be.” Says Eddie.

X Common Water Heater Issues and How To Solve Them

From Canada to the US: Eddie G. Is Living His Dream